It goes without saying that Spinach Madeleine is hands down one of the most famous recipes in the River Road Recipes cookbook series. In fact, Spinach Madeleine was named as one of the Century’s Best Recipes in an article that appeared in the Houston Chronicle in December 1999. For many Baton Rougeans, no holiday dinner would be complete without this delicious dish! In honor of the upcoming Thanksgiving holiday, we wanted to highlight the history of this iconic recipe.

The original Spinach Madeleine recipe is found on page 63 of River Road Recipes I: A Textbook of Louisiana Cuisine.

The recipe’s creator, Madeline Nevell Reymond, created this legendary recipe by accident.  She was a young and inexperienced cook when she decided to use up a jalapeno cheese roll that she had in her refrigerator by adding it to a spinach dish she was preparing for a ladies’ luncheon.  The result was a dish that became one the most popular special-occasion vegetable dishes in Louisiana.  This is evidenced every year by the empty freezers in the grocery stores at Christmas time after all the frozen spinach packages have been snatched up.

When Kraft Foods decided to discontinue making the jalapeno cheese roll, which is called for in the recipe, hundreds of distraught cooks called Kraft Foods to protest.   The powers-at be at Kraft were amused by Louisiana’s devotion to their jalapeno cheese roll, but discontinued the product anyway.  Fortunately, the River Road Recipes committee developed a new version of Spinach Madeleine in 2000 so that cooks can still serve this outstanding dish. A lighter version of the recipe appears in River Road Recipes III: A Healthy Collection.

The recipe is versatile and can be served alone or as a warm appetizer dip with toast points or crackers. Spinach Madeleine also freezes well, so it can be made in advance of hectic holiday dinners! To make sure you have this holiday classic at your Thanksgiving table this year, check out the recipe here!

One thought on “A History of Spinach Madeleine” 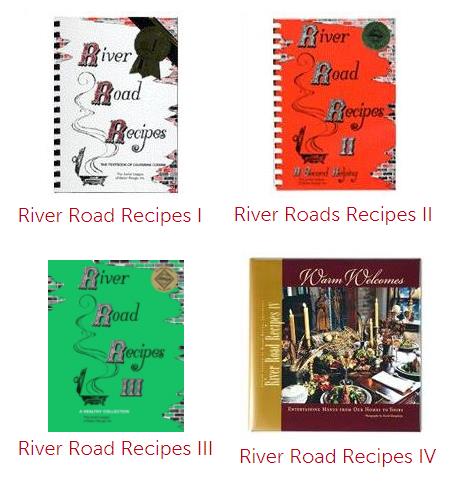